​Sickle Cell Disease OCCURS AMONG ABOUT 1 OUT OF EVERY 365 BLACK OR AFRICAN-AMERICAN BIRTHS.

1 in 13 have sickle cell trait.
Support Us
Schedule A Blood Donation
Sickle Cell Awareness Matters
​Did you know that sickle cell disease (SCD)is a genetic blood disorder that affects millions of people throughout the world?

​Although SCD is most common among African Americans in the United States, it can also affect Hispanics and people whose ancestors come from countries in South Asia (such as India), southern Europe (such as Greece and Italy), and the Middle East (such as Saudi Arabia and Lebanon).
​
Help break the cycle of sickle cell disease. Get tested, know your sickle cell trait status. Support sickle cell disease awareness, education, and prevention.

Christmas is around the corner and for many, it is viewed as the most wonderful time of year. It can also be one of the most stressful times as well. This year BTSSCYCLE Foundation has partnered with the Nashville Marine Toys for Tots Foundation to provide Christmas toys to children in the Nashville area who are diagnosed with sickle cell disease.  Gifts are available for infants and children up to age 14, until program capacity is reached. The goal is to restore hope and create smiles for children who face challenging physical, emotional and mental effects brought on by sickle cell disease on a regular basis. ​
Register Here 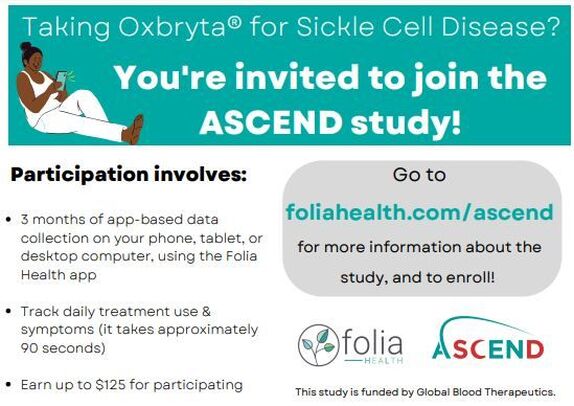 ​Get Involved:
Are you currently prescribed Oxbryta (Voxelotor) and want to get paid to share your experiences?
Learn More

​U.S. Senators Chris Van Hollen (D-Md.) and Cory Booker (D-N.J.), along with U.S. Representatives     Barbara Lee (D-Calif.) and Danny Davis (D-Ill.) introduced the Sickle Cell Disease Treatment Centers Act, legislation to improve access to care for Americans living with Sickle Cell Disease (SCD).  Approximately 100,000 Americans are currently living with SCD, an inherited blood disorder that causes pain, infection, and stroke. The disease disproportionately affects Black Americans but is also found among people from different racial and ethnic backgrounds. But despite the prevalence of the disease and the need for consistent and coordinated treatment, few patients have access to multidisciplinary care teams.  Tell your Elected Officials to Cosponsor the Sickle Cell Disease Treatment Centers Act of 2022.  Click here to locate your member of Congress and send an email encouraging them to support.
Learn more on how to get your complimentary Health and Ancestry kit
Learn More

​ Exposure to cold temperatures can trigger a crisis. People with SCD often report acute pain within hours after exposure to cold temperatures.
​Large studies have shown a link between cold temperatures and sickle cell-related pain. We do not yet understand how all of the factors contribute to this, but some of the possible reasons include: These factors can increase the chances of red blood cells becoming sickled and sticking to blood vessel walls. This can block blood flow and oxygen delivery, causing an acute pain episode.
​
Tips To Avoid A Vaso-Occlusive (VOC) Pain Episode in The Cold

"Growing up I was always told to make sure my partner didn't have the sickle cell trait before trying to conceive because I carried the (sickle cell) trait. It was always in the back of my mind but never did I think I would have a child with sickle cell disease. August 2018 I gave birth to a beautiful little girl named Nayomi. 1 month later we found out she had this painful blood disease. I was devastated & fell into depression not knowing much about it or what to do to keep my baby healthy.
That same month I was introduced to Dr. Scott. She reassured me that with God anything is possible & my baby was going to be ok. She told me her experiences with her son who also has sickle cell. When Nayomi had her first episode at 9 months & another at 12 months I reached out to Dr. Scott with so many questions & she responded easing my mind once again. From medications to vacations do's & dont's to starting school she's always answered my questions & for that I'm very thankful.
​
Tianna Johnson, sickle cell trait carrier and caregiver   ​ 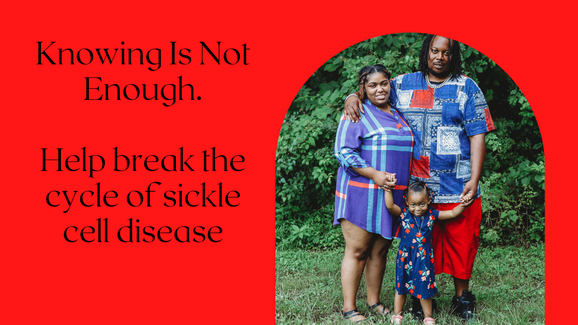 WHAT IS ​Sickle Cell Disease (SCD) ?